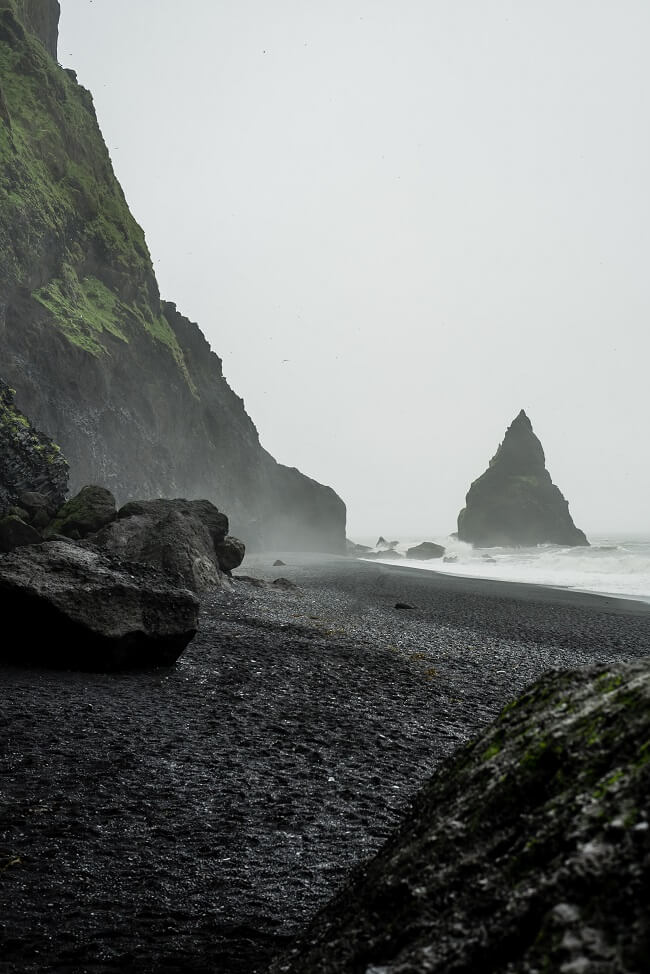 Has your son or daughter struggled with suicidal thoughts? Have they made an attempt to end their life? Maybe you know someone who has been impacted by suicide. Many of us do. They have probably believed at least one of the lies in this blog post. My daughter has struggled with suicidal thoughts, made attempts, and lost friends this way. If your answer to either of my questions was yes, then you know there is a huge need for greater understanding and less stigma.

Shedding Light on a Taboo Topic

We tend to hide the truth about a suicide attempt because of the shame, but help and compassion are needed, the same as for any other illness. But it’s time to shed light on a taboo topic.

NAMI, the National Alliance on Mental Illness, reports: Suicidal thoughts, much like mental health conditions, can affect anyone regardless of age, gender or background. In fact, suicide is often the result of an untreated mental health condition. Suicidal ideations, although common, should not be considered normal and often indicate more serious issues.

Each year, more than 41,000 individuals die by suicide, leaving behind family and friends to navigate the tragedy of loss. In many cases, those affected (suicide survivors) are left in the dark. Too often feelings of shame and stigma prevent them from talking openly. This should not be so.

This week is National Suicide Prevention Awareness week. All month is dedicated to this topic as well. It’s a good time to share resources and stories in an effort to shed light on this highly taboo topic. And it’s important to ensure suicide survivors have access to resources. Please know that NAMI is there to help.

The following is a letter written by a mom, Beth Saadati, that she shared with the general public. Her daughter was only 14 when she ended her life. This mother’s message is poignant and powerful for anyone, not just parents. 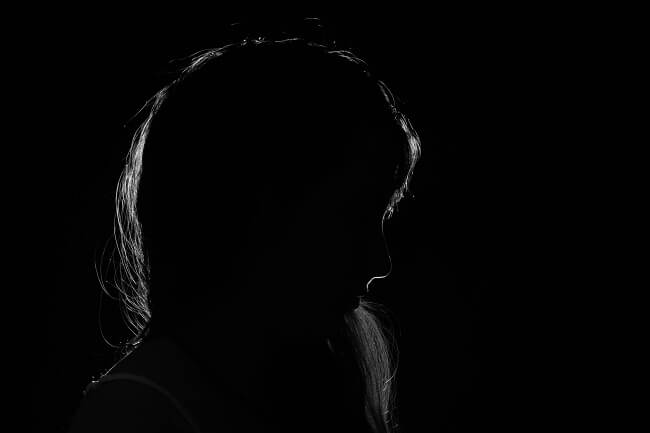 “Given the opportunity, Jenna wouldn’t make the same choice again. But she also wouldn’t want her death to be in vain. She would want us to learn from it so we can live as over-comers. As victors. Her letter and writings are a rare gift.” -Dr. David Cox, counselor

My thoughts reeled the day after Jenna’s death as a few close friends, my husband, and I braced ourselves for the reading of the three-page letter police had discovered on her thumb drive.

In shock, I heard the false accusations that had snaked their way into Jenna’s mind. Since then, I’ve reread the letter a hundred times and silently answered seven of the lies she believed.

I’m really sorry for leaving you like this. Honestly I am. During the last few months of my life I was incredibly depressed. You just didn’t notice since I put up a good front most of the time.

You probably want to know why on earth I decided to do this. Well, for some reason, ever since I turned twelve I’ve realized something—I was always a loser. Sure, I had a few friends, but overall everyone either ignored me, thought I was stupid, or outright hated me.

The 7 Lies and Her Mom’s Responses

Lie #1: I’m a loser.
You weren’t, Jenna. You were spectacular, as your science teacher said. Lots of people liked you. Many of them really liked you. It’s just that, when depression settled in, it blinded you from seeing who you truly were, tainted your perception of the way you thought your peers viewed you, and deceived you into thinking others didn’t care.

I don’t know what’s wrong with me to make me so unpopular. Yeah, I’m not pretty, but look at Eleanor Roosevelt, Dolly Madison, and some other girls I know. Nothing stops them from having happy lives.

Lie #2: I’m too unattractive or unpopular to be loved.
What teenage girl—or woman of any age—doesn’t struggle to feel like she measures up to the images that surround her? The truth is you were beautiful, even during those awkward early teen years. But even if you hadn’t been, your immeasurable worth has nothing to do with external beauty or any social-ladder rung.

Towards the end, I began to think that maybe I suffered from clinical depression. Well, maybe. So what could I do about it? Stay on Prozac all my life? Like that would work.

Lie #3: Depression is a hopeless fight.
The teen years, when a few difficult months can feel eternity-long, are especially hard. And depression is real. Many teens and adults struggle with it; it’s not something to be ashamed of. But depression also whispers a false narrative. It lies. An anti-depressant—sometimes needed only for a season—could have helped. Or counseling. Or something else. How I wish you had told us. Told someone. We would have battled the depression with you until you made it through.

Mom and Dad, life will be easier now that you have one less child to pay for.

Lie #4: I’m a burden.
Do you have any idea what your dad and I would give to have college tuition and medical school bills to pay? No price tag can be put on the value of one’s life. You weren’t a burden. You were our joy.

Maybe I’ve already accomplished my purpose and it’s time for me to go.

Lie #5: I’ve fulfilled my reason for being here.
You accomplished a lot in your short 14 years. But there was so much more—plans to give you a future and hope. It’s not even what you would have done though. It’s who you are and the lives you would have touched that can’t be replaced. You’ve left a hole that no one can fill.

I can’t get it across how sorry I am, but I’m not strong like you. I just couldn’t hold on any longer.

Lie #6: I can’t hold on.
Beloved, all of us struggle. We get hurt. We’re often broken and weak. Do you know how many times I’ve been face down, in tears, before the Father since you left? I’m not that strong. But God is here. He steps in. The promise is true: He never leaves or forsakes us. It’s enough to hold on one day at a time.

To conclude, I’m sorry you guys will have to get over my loss. Really, it’s not that hard. It’s not like I’m unsaved or went on a killing spree or had that many friends.

Lie #7: No one will miss me when I’m gone.
Having even one faithful friend in this world is a treasure. A gift. You had far more. But . . . it’s not that hard? It’s beyond-imagination hard. There are reminders of you everywhere I go. Your absence hurts. When you ended your life, it killed a part of everyone who loved you. The saying is right: Suicide is a life sentence for those who are left behind.

Your presence—here—mattered far more than you knew. If only you hadn’t bought into the lies. Because you were loved, and we’ll never stop missing you. 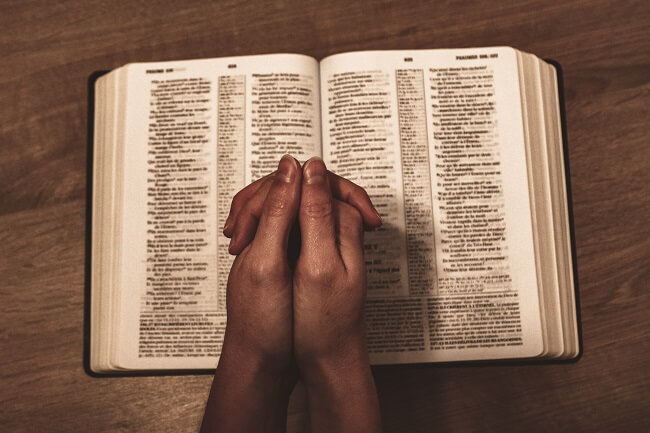 Dear friend. Pray with me. God, we pray for every bereft parent who reads this. Comfort and console their broken hearts. Help them find a reason to keep on living themselves. Don’t let them succumb to despair. Help us speak truth like this to our struggling sons and daughters who suffer. May they feel seen, know that they matter, and believe there IS hope. And may they refuse to believe lies like the ones Jenna did. Please save our children from taking the same path. In Your mighty life-saving name. Amen.

May these words from the Bible bring comfort:

Night Falls Fast: Understanding Suicidee by Kay Redfield Jamison, a renowned clinical psychologist. She writes from personal experience as one who lives with bipolar disorder and has wrestled with suicidal ideation many times during her adult life.

Among Lions: Fighting for Faith and Finding your Rest while Parenting a Child with Mental Illness by Kirsten Panachyda

American Association of Suicidology – many resources for help