A Special Post-Easter Message for Parents in Pain 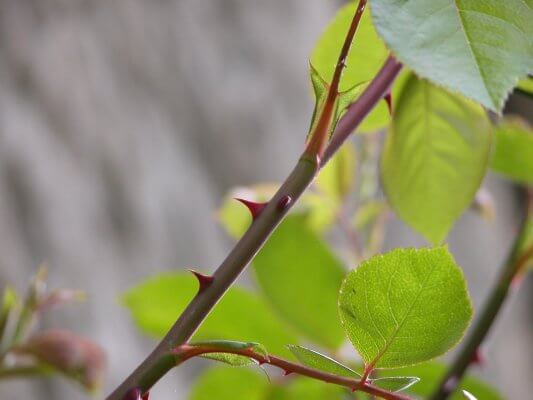 Can you believe Easter has already passed? COVID still hangs in the air leaving many of us with an uncertain future and a less than lighthearted feeling–similar to how we feel as brokenhearted parents due to the struggles, choices, and behaviors of our teen or adult children. I have a question for you:

Can you be thankful despite your circumstances? The following short story penned by George Matheson, a late 19th century Scottish minister and hymn writer, might give you a new perspective.

Sandra felt as low as the heels of her Birkenstocks as she pushed against a November gust and the florist shop door. Her life had been easy, like a spring breeze. Then, in the fourth month of her second pregnancy, a minor automobile accident stole her ease. Thanksgiving week she would have delivered a son.

She grieved over her loss. As if that weren’t enough, her husband’s company threatened a transfer. Then her sister, whose holiday visit she coveted, called saying she could not come. What’s worse, Sandra’s friend infuriated her by suggesting her grief was a God-given path to maturity that would allow her to empathize with others who suffer. Had she ever lost a child? No! “She has no idea what I’m feeling,” Sandra shuddered. What could she possibly be thankful for?” she wondered. For a careless driver whose truck was hardly scratched when he rear-ended her? For an airbag that saved her life but took that of her child?

Everything that Could Go Wrong Has

“Good afternoon, can I help you?” The flower shop clerk’s approach startled her. “Sorry,” said Jenny, “I just didn’t want you to think I was ignoring you.”

“Do you want beautiful but ordinary, or would you like to challenge the day with a customer favorite I call the “Thanksgiving Special?” Jenny saw Sandra’s curiosity and continued, “I’m convinced that flowers tell stories, that each arrangement insinuates a particular feeling. Are you looking for something that conveys gratitude this Thanksgiving?”

“Not exactly!” Sandra blurted. “Sorry, but in the last five months, everything that could go wrong has.”

Sandra regretted her outburst but was surprised when Jenny said, “I have the perfect arrangement for you.”

Was this a Joke?

“Barbara! Hi,” Jenny said. She politely excused herself from Sandra and walked toward a small workroom. She quickly reappeared carrying a massive arrangement of green bows, and long-stemmed thorny roses. Only, the ends of the rose stems were neatly snipped, no flowers. “Want this in a box?” Jenny asked. 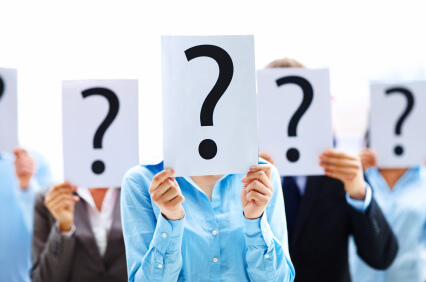 Sandra watched for Barbara’s response. Was this a joke? Who would want rose stems and no flowers? She waited for laughter, for someone to notice the absence of flowers atop the thorny stems, but neither woman did.

“Yes, please. It’s exquisite,” said Barbara. “You’d think after three years of getting the special, I’d not be so moved by its significance, but it’s happening again. My family will love this one. Thanks.”

Sandra stared. “Why so normal a conversation about so strange an arrangement?” she wondered.

“Well, she had no flowers!”

“Yep. That’s the Special. I call it the “Thanksgiving Thorns Bouquet.”

“But why do people pay for that?”

In spite of herself she chuckled. “Do you really want to know?”

“I couldn’t leave this shop without knowing. I’d think about nothing else!”

The Meaning of the Thanksgiving Special

“That might be good,” said Jenny. “Well,” she continued, “Barbara came into the shop three years ago feeling very much like you feel today. She thought she had very little to be thankful for. She had lost her father to cancer, the family business was failing, her son was into drugs, and she faced major surgery.”

“That same year, I lost my husband. I assumed complete responsibility for the shop and, for the first time, spent the holidays alone. I had no children, no husband, no family nearby, and too great a debt to allow any travel.”

“I learned to be thankful for thorns.”

“I’m a Christian, Sandra. I’ve always thanked God for good things in life and I never thought to ask Him why good things happened to me. But, when bad stuff hit, did I ever ask! It took time to learn that dark times are important. I always enjoyed the flowers of life, but it took thorns to show me the beauty of God’s comfort. You know, the Bible says that God comforts us when we’re afflicted and from His consolation we learn to comfort others.” (2 Corinthians 1:3-4)

Sandra gasped. “A friend read that passage to me and I was furious! I guess the truth is, I don’t want comfort. I’ve lost a baby and I’m angry with God.”

She started to ask Jenny to go on when the door’s bell diverted their attention.

“Hey, Phil!” shouted Jenny as a balding, rotund man entered the shop. She softly touched Sandra’s arm and moved to welcome him. He tucked her under his side for a warm hug.

She lifted a tissue-wrapped arrangement from the refrigerated cabinet. “Beautiful,” said Phil. “My wife will love them.”

Sandra could not resist asking, “These are for your wife?”

Phil saw that Sandra’s curiosity matched his when he first heard of a Thorn Bouquet.

“In fact, I’m glad you asked. Four years ago my wife and I nearly divorced. After forty years, we were in a real mess, but we slogged through, problem by rotten problem. We rescued our marriage – our love, really. Last year, at Thanksgiving, I stopped in here for flowers. I must have mentioned surviving a tough process because Jenny told me that for a long time she kept a vase of rose stems — stems! — as a reminder of what she learned from ‘thorny’ times. That was good enough for me. I took home stems. My wife and I decided to label each one for a specific thorny situation and give thanks for what the problem taught us. I’m pretty sure this stem review is becoming a tradition.”

Phil paid Jenny, thanked her again, and as he left, said to Sandra, “I highly recommend the Special!”

We Grow Through Both

“I don’t know if I can be thankful for the thorns in my life,” Sandra said to Jenny. 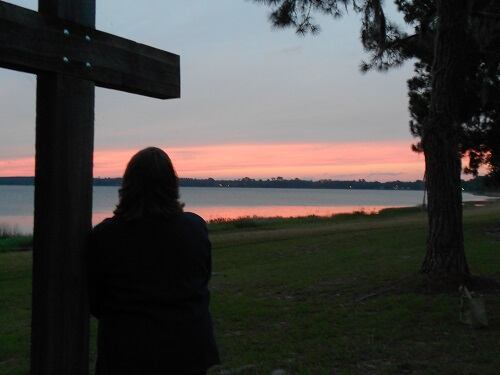 “Well, my experience says that thorns make roses more precious. We treasure God’s providential care more during trouble than at any other time. Remember, Sandra, Jesus wore a crown of thorns so that we might know His love. Do not resent thorns.”

Tears rolled down Sandra’s cheeks. For the first time since the accident she loosened her grip on resentment.

“I hoped you would,” Jenny said. “I’ll have them ready in a minute. Then, every time you see them…

Remember to appreciate both good and hard times. We grow through both.“

“Nothing. Nothing but a pledge to work toward healing your heart. The first year’s arrangement is always on me.”

Jenny handed a card to Sandra. “I’ll attach a card like this to your arrangement, but maybe you’d like to read it first. Go ahead.”

May this Bible verse encourage you if you can’t be thankful for your thorns today. That’s okay. This is a supernatural work of God that takes time. All we need is a willing heart for the miracle to slowly unfold.